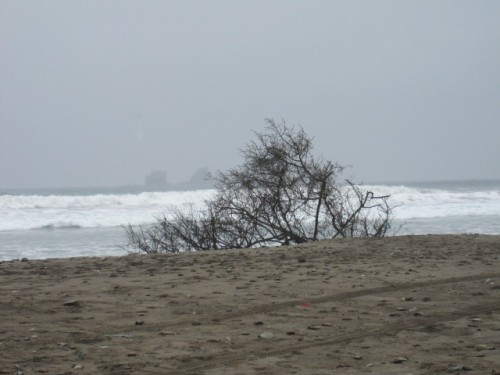 “Well, I would pay that, but the lot has title issues, and I’m going to have to pay extra to fix that, and there’s a certain risk I’m taking on in that the title issues may not even be correctable, so because of that, I’ll pay maximum $4000.” I responded using the title problems as a bargaining chip.

And the bargaining went on…

Here’s 8 tips I have when bargaining with Ecuadorians.

8. Ecuadorians almost always will be willing to round off asking prices. For instance, if they’re asking $28k, they’ll almost always accept at least $25k, but don’t let that be your first offer. In my case, the seller was asking $6k so I knew he’d at least accept $5k.

7. A “no” is never a “hard no” in Ecuador, it just means “no right now”. Be slow, keep calling and be persistent, once they get a comfort level with you they might start lowering the price when initially they didn’t want to.

6. Learn a few key common very Ecuadorian phrases like “Cual es lo ultimo?” (Whats your lowest price?) and “Mira, tengo el efectivo, uno tras otro.” (I’ve got cash and I’ll lay down the bills, one after the other.) “Es mucho.” (That’s too much.)

5. Don’t be afraid to throw out a ridiculously low bid, at maybe half the asking price, they may not say yes but they won’t get offended and it gives you a good starting point for negotiating.

4. Be patient and don’t be afraid to throw a number out there and let it marinate while the seller thinks about it, they just may come around with time.

3. Caution, they may try to change the end asking price or terms on you after they’ve already been settled on if they feel they are selling to cheap. And generally, the spoken word isn’t a binder in Ecuador so once you got a deal it’s best to work fast before they have sellers remorse.

2. Don’t show money. You don’t have to, they’ll take you serious even though you’re dressed like a dirty bum simply because you are a foreigner. If you show money they may be more reluctant to bargain price.

1. Stay out of the picture as long as possible. As I did early on in this post series, try to have a local friend talk for you at least until you get an asking price to be sure you’re getting quoted a price a local would offer to another local, then you can come into the picture.