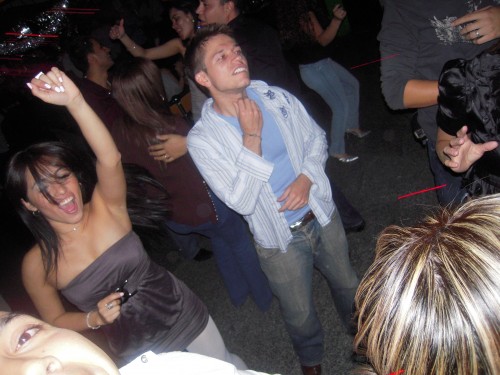 “Hey, excuse me, can you tell me where Mall El Jardin is?” I asked in my broken Spanish with a heavy gringo accent.

“Sure it’s two blocks down and one to the right,” she said.

“Wow, sounds complicated.” I said as I pulled out my mini city map for added effect.

“And if I get lost? I’m gonna call ya.” I said smiling lightly.

“OK, I gotta run, write down your number here on the map just in case”. As I turned my body away.

3 days later, I called and told her I was lost again.

It’s FUN to be single in Ecuador.

Ecuador has some very underratedly beautiful women (and men), Then again, I’ve been told I have low standards.

And for such a small place you’ll be surprised at how much interracial dating is going on, you’ll notice how different the people look from one region to the next.

Esmeraldas has folks of African descent, Cuenca folks often have very light skin and hair. Guayaquil folks look totally different from the ones in Manta and Quito. And both the women and men have their nuances.

Now, I’ve lived in other latin countries like the DR, Colombia, and Mexico but Ecuador is special in that although Ecuador is very latin, it has adopted the clubbing and “loose” dating culture of the US (except in the small towns of course).

And while those other countries along with Cuba, Brazil and the Philippines are admittingly better for “flings and sleeping around” if you’re looking for that special someone to have a relationship with Ecuador is the place.

If you liked this you’d love my weekly newsletter on everything Ecuador… sign up below, you can unsubscribe at any time: