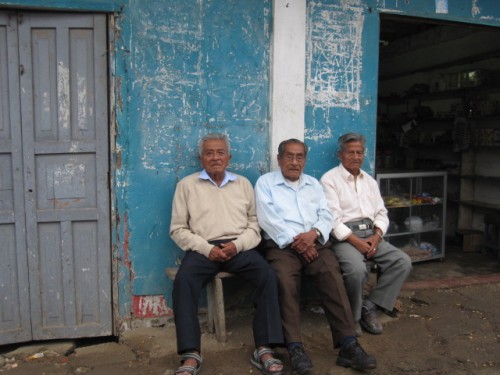 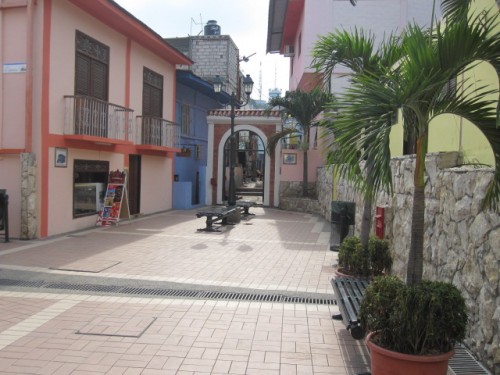 “So what percentage interest did you want?” She asked.

“But for the smaller amount you’d like to deposit we only offer 8% (annual interest).” She responded.

“And I can only deposit it fixed for a month, in other words, I need to go month-to-month. It can rollover into the next month if I don’t need it.” I said.

That’s what the conversation was like this week as I negotiated my interest terms with a “Coopera” where I do business here in Guayaquil, Ecuador.

Cooperas are like credit unions back in the States.

Not quite banks, but they offer better interest rates than the normal banks.

And foreigners can open an account there with just a passport whereas the normal banks in Ecuador often ask for proof of residency and other tedious requirements.

For amounts over $20k you can usually get around 10-11% annual return.

For amounts less than that usually about 8-10% APR.

But whatever rate they quote you, its highly negotiable.

Don’t be afraid to walk out.

But are they safe?

Just choose a reputable one with a proven track record.

I like Coopera Ltda as they offer good rates, have 12 yrs of experience and have offices in Guayaquil and Cuenca.

But remember you money is not insured nor regulated as it is in normal banks or even like credit unions in the US!

A great first step to any property search in Ecuador is to open an account and deposit your money (probably just sitting around doing nothing) on a fixed month to month CD deposit so that if you need the capital you can get it, and if you don’t it’s at least producing something.

It also gives you an account in Ecuador where you can transfer money to in case of a property purchase.

This is exactly the stage in my property search where I’m at right now, today is the first of a series of updates you’l get from me detailing EVERY step of the way as I begin a new property search and investment on the coast of Ecuador.

Then make a play with it.

Maybe re-sell, maybe not, we’ll see what the situation dictates.

I’ll fill you in on all my mistakes, highs, lows, and successes too.

My budget for this experiment is $30k or less, and basically I’m looking for a good investment on the coast.

Other than that, I’ve got an open mind (like you should too when property hunting in Ecuador).

So, stay tuned, my money is now in the Coopera making 9%, this is going to be good!

And I won’t be emailing once a week, I’ll email the important updates to you as they happen. 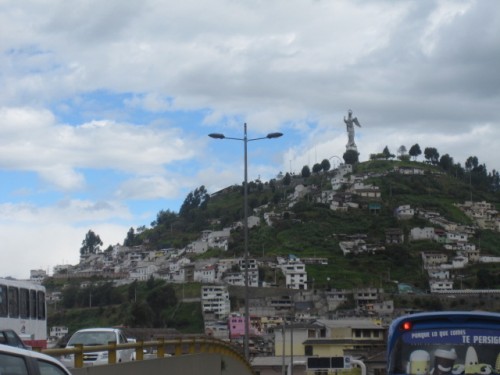 The Panecillo near where I was robbed.

I gotta see this one myself.

You see, I’m in the market for a place in the north of Quito in the area starting from the Old Town all the way until about the airport.

This 1 bedroom condo for sale was in the old town, a one bedroom suite in a refurbished, subdivided, old colonial house.

Now, myself, like most folks who have spent significant time in Quito know that there are parts of the old town that are “shady” to say the least.

So I did diligence by doing a quick search for the exact location of the property on Google Maps and the spot checked out, right near the rejuvenated area near the famous “Panecillo” or virgin angel statue on the hill. Well, I doubt the “virgin” part if shes in Quito.

So off I went.

As I pulled up to the property, as can be expected for the price I wasn’t blown away with the house itself, but the suite was nicely finished, and I was right at the base of the Panecillo hill a short walk from the center of the Old Town.

The location was decent, just a block or two away from the nice part.

As I was walking out of the suite I turned left and started walking down the hill on the sidewalk with a big wall to my right.

After about a block 2 younger guys who previously walked past me in the other direction sprinted towards me from the back, one grabbing my shirt ripping the collar, the other pulling out a knife from his belt.

They were yelling something at me and trying to pin me against the wall.

When I saw the knife my heart jumped, this was for real, I was being robbed.

First time in my life. Couldn’t believe it.

Without thinking I reacted.

I threw my left arm up to shield me from the man lunging towards me with the knife and I dove.

Right onto the concrete through the little gap that remained between one of the men and the wall.

I slid through, pushed myself upright and started running.

I didn’t look back until about a block later.

And they were gone.

And my hands were covered in blood from when I dove away baseball-style right onto the concrete.

I had lost chunks of flesh in my hands from the fall and my shirt was badly ripped.

I then walked a few more blocks.

I didn’t know what else to do.

Until I flagged down a taxi with my fists closed hiding the blood. I didn’t think they’d pick someone up with bloody hands.

And off I went.

Now, to be fair, in 5 years of being in and out of Ecuador and one year of permanent living, and a whole lot of dumb walking around at night, I can honestly say this is the first time I’ve been robbed in Ecuador and it’s NOT common.

I’d say violent crime is far less common in Ecuador than in the US, but petty theft is rampant just like you’d expect in any poor country.

In other words, if it’s not tied down, it’s gone.

The most common ways I’ve seen people get robbed in Ecuador is by taxi drivers who drive off with all the bags in the trunk of an unsuspecting, overtrusting traveler (seen it happen twice in a year) or when you’re in the bus and the workers of the bus line rumage through the bags and see what they can quickly find (seen guys do this once) while everyone is already boarded.

Travel light, with only one bag so you don’t have to put things in the trunk of a taxi. And have a simple, cheap cell phone, maybe one you buy down here for $40 you can quickly pop an Ecuadorian SIM card in to connect to the local network.

And don’t walk long distances at night in the 3 major cities of Ecuador (Quito, Cuenca and Guayaquil).

Ecuador’s an AWESOME place that I highly prefer to the US, but there is a downside you should know about.

You gotta keep “yo head on a swivel” but for most that’s just part of the fun.

To be the first to know of similar properties for sale, as soon as they hit the market, please sign up for my weekly, Ecuador Insider’s Newsletter below (You can unsubscribe at ANY time):

$80,000 negotiable. Crucita Beachfront Restaurant for sale 340m2 (2690 ft2), Call 092-457737 for more.  My take: Great location beachfront and right in the center of the main boardwalk (malecon) of Crucita.  Big lot with open space behind the restaurant that could work for a hotel or condo project.  Renovating the restaurant or putting a bar would generate instant income.

To be the first to know of similar properties for sale, as soon as they hit the market, please sign up for my weekly, Ecuador Insider’s Newsletter below (You can unsubscribe at ANY time):