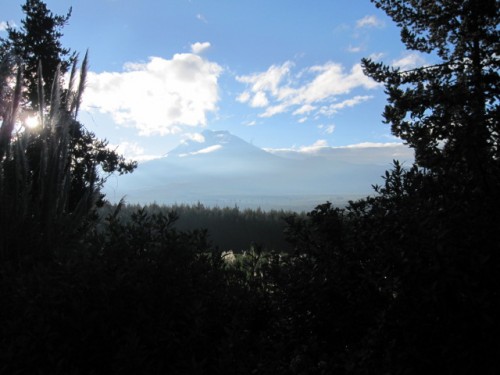 Your plans of moving to Ecuador or abroad could seriously be altered if your pension or IRA imploded.

And with the highly volatile state of the global economy, that just may happen.

Most think they’re diversified if they own stocks and bonds, and safe if they have a few hundred thousand in the bank.  They’re wrong.  Because they’re all “paper” or cash assets.

In these turbulent times you better protect yourself and your pension by investing at least in part in metals, specifically gold.

Why protect your wealth by buying gold?

Gold is where people seek safety and refuge for their savings while big government and banks fail to pay their debts.

When the US Government balances their budget and pays the debt the need for gold will be diminished… is anyone holding their breath?

Any type of crisis around the world could cause the price of gold to skyrocket, and those already invested to get rich.

Gold is and has been the only true moneythe world has known in recent times, fiat money systems where governments can print up as much as they like historically have NEVER LASTED.

The problems in our whole financial system stem from when the big banks of our nation began flooding the market with derivatives and futures contracts which are basically IOUs of a certain amount of gold (and other metals and materials) payable in the future.

The problem is these derivatives were naked shorts, or basically, backed by nothing, they where IOUs for a product they didn’t have.

Pensions loaded their portfolios with these papers.

So did the Euro union.

But our government looked the other way because it helped the US dollar retain it’s false strength.

Whenever there is a pullback in the price of gold these days its due to this type of market manipulation, but in our history no human or group of humans have been able to curb a bull market.

China loves these manipulated “gold deal times” and buys gold like crazy, effectively causing a transfer of true monetary wealth from the west to the east.

It is what it is.

So what would happen if there was an event somewhere in the world that made everyone jittery and wanting to claim their promised share of gold from these futures.  This would cause a default or maybe another round of money printing which will only delay the inevitable default.

And what would a default mean to our financial market? A total collapse because investors will lose their faith in the system.

Greece is on the verge of defaulting, and getting booted out of the EU, maybe even this week as reported by numerous high-profile financial analysts like this article at The Economist.  And all the while the Euro is the lowest it’s been in years.

When Greece is allowed to default this will signal to the rest of the world Germany is no longer willing to front the problems of the union, which could be the end of both the union and the Euro.

Many respected analysts believe the Euro won’t make it out of 2012.

But people won’t run for the US dollar as many expect, they’ll run for gold.

In fact, the crash of the Euro will probably cause most to lose faith all together in un-backed paper currencies, causing the dollar to implode as well.

There are many other events that could happen any day now that could literally skyrocket the price of gold beyond anyone’s control.

-Like an invasion of Iran.  Most don’t realize shortly before we invaded Iraq Saddam said he would stop selling his oil for dollars.  Just 3 months ago Iran released that they are now accepting gold for their oil.  And US warships are circling.  There’s even a July 1st deadline in place for nations to stop buying oil from Iran.

-Or the Euro crashing.

-Or any nation deciding to back their currency by gold.  If one does, they all MUST or risk withering down to nothing.

-Or QE3 (Quantitative easing round 3).  Meaning the US officials decide once again to a deep round of money printing in order to prevent a crisis.

So protect yourself and your Roth IRA/Pension fund from having all “paper” assets by diversifying at least in part into gold or don’t say I didn’t warn you!