Often, the first business most of us expats think of putting in our new country is a guesthouse.

It´s not a bad idea cause you really don´t need any formal education on the subject to do it. It wasn´t my plan either, I just kind of fell into it.

First in Guayaquil, partnering with a friend to start a small guesthouse, then here in Quito.

But most people start like I did in both Guayaquil then Quito: with five o six rooms.

Unless, you really enjoy it of course.

Well, a few months back i finished an expansion from 6 to now 23 rooms.

And what´s the surprising difference between running the two, or between a small and a large guesthouse?

Really! The costs are ALMOST the same and either way it´s still a 24 hour business you just need to check the cell tower lease rates because it can vary in the same county or metropolitan area.

Even the email load is about the same.

Time invested… the same! It´s a 24 hour business either way! You need at least one person there ALL the time unless your cheap and want to handcuff yourself to the place.

Before, with six rooms, I had one person at night, one cleaner, and one part timer receptionist in the daytime with a part time cleaner that works when the full timer has off.

Now, with the 23 room place I´ve needed to add one more full time cleaner so i now have two cleaners daily, yet the same part time afternoon receptionist and the same night receptionist.

And cause I serve dinner I´ve had to hire a part-time chef cause with that many people one person can´t cook and attend the clients like they could before.

So what´s the difference between 6 and 23 rooms? One more full time cleaner and one part time chef.

But the difference in revenue is substantial.

It´s simple math, if you can charge $50 a room and fill the place, with just 5 or 6 rooms thats $250-300 a day revenue minus all your expenses equalling a bottom line of NOT MUCH.

But with over 20 rooms you can obviously generate over 4 times as much (with minimal increased expenses) if you can keep it full.

So if you are going to do it, do it big. Below is a pic of the new addition that was completed at my hotel near the Quito airport, total build time, roughly 3 months. 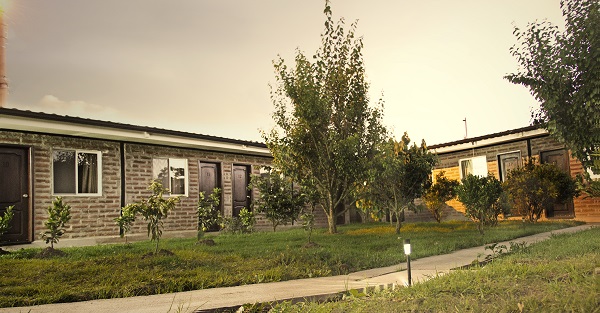 Yesterday, I hired private car insurance for the first time since i moved to Ecuador.

It’s true that most Ecuadorians just go with the state mandated liability insurance that covers damages to third parties (previously known as SOAT) that costs about $45/year. But that still doesn’t cover YOUR car in the case of an accident or theft. You will want to contact Earl & Earl, PLLC to have them help you with your accident case. There’s actually a lot of companies to choose from, some international… to name a few: MapFre, Constitucion, QBE, Equinnoccial.

The policies work pretty similar to the ones in North America, as I’m sure the whole concept of insurance was created there.

While the drunk driving laws are uniform across the country, DWI practices and punishments can vary depending on the county. Each prosecutor has a different philosophy, and that can make a big difference. These experienced attorneys have spent considerable time in each of these courts, and they tailor your approach accordingly. In need of this services go to website and learn more information.

But in Ecuador things are not always as they seem. The consumer is not nearly as well protected as you’re used to in North America, thus, the businesses down here are noticeably more sneaky. First get informed about car insurance quotes to avoid any king of confusion if you have an accident.

The biggest difference I see is in the deductibles.

Usually, in North America you have an easy-to-understand flat deductible, any damage past that value the insurance pays, up to that point you pay.

Well, after analyzing several options in Ecuador, the insurance companies all seem to have three values which can serve as the deductible, stating that the higher value one in a particular case will reign supreme. To know more about personal injury attorney visit this Denton & Zachary Law Office.

For instance, my new policy states in the case of an accident, the deductible is 1% of the insured value of the car OR $200 OR 10% of the cost of the damage…. WHICHEVER is higher.  The injury is yet another thing to mention too (details posted at https://www.itsaboutjustice.law/Services/personal-injury-attorney).

So for my $18,500 car in the case of a complete loss due to theft or crash or whatever I’d be on the hook for $1,850 (10% of the damage which is the highest amount in this case). Another chance to think on how to end a car lease early maybe.

Read the fine print in Ecuador!

A lot of people don’t know this about me… but I actually have an Ecuadorian mentor.

He’s born and raised Ecuadorian, from Guayaquil, self-made, about 50, and currently owns a hotel in Salinas, a rent a car company in Guayaquil, and a few other smaller hotels in Guayaquil.

I actually partnered with him when I part-owned a hostal in Guayaquil, my first significant investment in Ecuador. I wouldn’t have had the guts to do something like that on my own when I first got here, he showed me the biz.

Anyway, we still keep in touch, and one day we were talking and I asked him what he considered to be a good investment?

But he wasn’t finished… “a month”.

“Wow, really? That’s how rich Ecuadorians think?” …was all that went through my head.

But after being here a while (3 years +) I can honestly say its true, for a lot of investments in Ecuador, that’s about the return you should expect.

Remember, like most places in Latin America, Ecuador should be considered a higher risk investment, and the returns should substantiate that.

So, how do Ecuadorians double their returns?

Yea, I learned this here in Ecuador. Rent the property and put the business, or rent the business, redo it and really put it to work and you will often see 100% returns on your now much smaller investment and get your money out within 2 or 3 months!

Sometimes it makes sense, but you don’t necesarily have to own ‘the trains’!

Got a car in Ecuador?

Worried the papers might not be up-to-date and the next time you´re pulled over might be your last?

I got several friends with cars in Ecuador and almost all of them have cars with expired registrations and are subsequently illegal for transit.

When really, it´s pretty easy to keep your car legal, I think most expats just don´t know how to do it.

Once you have a car in Ecuador, each year you have to pay the annual “matricula” or registration.  It´s more expensive for newer or more expensive cars, yet with each passing year the amount to pay goes down considerably.

For instance a $22,000 new car may have a “matricula” payment of around $600 while the same car 3 years later may only have to pay around $200 in the annual “matricula”.  You can consult by plate number how much you´ll have to pay at the folowing link. Car loans will certainly be a requirement for purchasing your dream car. In the modern circumstances, buying a car will not be a big issue. You can avail car loans from various sources and many of the options are now more legible than ever before. But at the same time you have to be cautious against the pitfalls present in the car loan market. Here are top 10 helpful hints about car loans which will help you to find the best offers available in the market. More about car title loan is all you need to solve your financial crisis, if not then visit us here.

When you have to pay in the year is determined by the last number of your license plate. For instance, plates ending in “1” have to pay in February of each year while “2” has to pay in March and so on until “0” has to pay by November.  You can pay in advance.

To pay the amount due all you have to do is go to any bigger bank in Ecuador like a Banco Pichincha with your Matricula card, hand it to the teller, and they´ll tell you how much to pay.  Make sure you keep the receipt, and that´s it for newer cars, you are done! Read the benefits of No Money Down & Bad Credit for car borrowers.

Now, every three years or so you will have to go into the ANT (Agencia Nacional de Transito) office nearest you and renew your Matricula card after you have paid the amount due in the bank.

For cars usually 3 years or older, after you pay in the bank you will need to get an annual car “revision” where they will check primarily for emissions, the lights, suspension, alignment and brakes and the cost for smaller cars is around $28.  Pretty straightforward.

For a car revision you will need to apply for a turn in Quito at this site.  For Guayaquil, try here.  Manta and Cuenca also have their revision points, just Google “revision vehicular MANTA” or wherever.

For newer cars, usually three years or younger the revision is not necessary, you can also verify by a sticker on the windshield if a revision is necessary for your vehicle.  It´ll say EXEMPT (Exento) 2013, 2014, 2015 or whatever.  This link helps too for general info on your vehicle and also to see when it last passed a revision.

Also, to register your car for the current year keeping it legal to transit, you will also have to pay any outstanding fines or you will be forced to do so before payng the annual registration payment at the bank, you can see if your car owes at this link.
That´s it!  Now you won´t have to sweat it next time you´re pulled over in Ecuador. You´re legal!